The Great Dismal Swamp and its surrounding communities have an incredibly diverse history. As a near coastal region with numerous inland waterways, many different types of people traveled through, settled in, and migrated out of the area—including multiple indigenous groups and people from throughout Europe and Africa.

Prior to the influx of newcomers, the identities of indigenous people were self-controlled. There were tribal differences between natives but there was no need for racial distinction. The colonial struggle for land, natural resources, and power expanded into a struggle for history, culture, and identity that continues to this day.

The Formation of Ethnic Identity

Ethnogenesis is an anthropological term defined as “the process by which a group of people becomes ethnically distinct : the formation and development of an ethnic group.” This process is generally driven by two forces:

While many people perceive ethnicity as something innate it is quite dynamic. As external and internal forces shift, ethnic groups evolve and change in both composition and size.

Though Virginia and North Carolina were densely populated by indigenous people, “Indian” was not added to the census until 1860. Prior to its addition, Indian people (and those of mixed Indian ancestry) had few means of self-identification and/or differentiation from other people with similar appearances yet different ancestry.

The social and political chronologies of Virginia and North Carolina are fundamental to understanding the complex set of external and internal forces that formed the racial and ethnic identities of people living around the Great Dismal Swamp. One must also note a number of other factors that affected community cohesion (e.g. economic status, occupation, community attitude, etc.).

Black Laws of Virginia: A Summary of the Legislative Acts of Virginia Concerning Negroes From Earliest Times to the Present is an important reference to understand the social and political pressures on people of color in Virginia (this includes people of African ancestry, people of different ancestries who may have been perceived as black, and people of mixed ancestries). This summary begins in 1723 and continues through 1864, providing early insight on race relations and a sense of how tensions escalated over time.

People frequently cite Nat Turner’s Rebellion of 1831 as a pivotal point in racial history without the context of the many other actions that happened before and after it. In Norfolk County, the increasing laws and restrictions against people of any African ancestry led many people of mixed ancestry to petition the state of Virginia for exceptions. In 1833, John Murdaugh, the delegate to the General Assembly, introduced a bill to exempt “people of mixed blood, who are not negroes or mulattoes,” from such laws.

These legal petitions, while a seemingly minor moment in history, have had untold significance on the long-term ethnogenesis of many Great Dismal Swamp descendants by creating a historical schism between people of identical ancestry: those with pre-1860 Indian ancestry documentation and those without documentation. Below I will outline the story of a family of mixed ancestry with legal petitions and contrast it against one without to demonstrate how a small difference in “ethnogenic” forces can lead to completely different futures.

The Trummell Family of South Mills is a perfect case study in ethnogenesis and its manifestation around the Great Dismal Swamp (across the Virginia and North Carolina state line). The family descends from Willis Bass and Jemima Nickens’ daughter Lucinda Bass and her husband William Trummell. Willis and Jemima were documented Nansemond Indians who recorded the births of some of their children in the Bass family bible. (The surname “Trummell” is also seen spelled Trummel, Trammell, Trammel, Trumbell, and Trumble.) 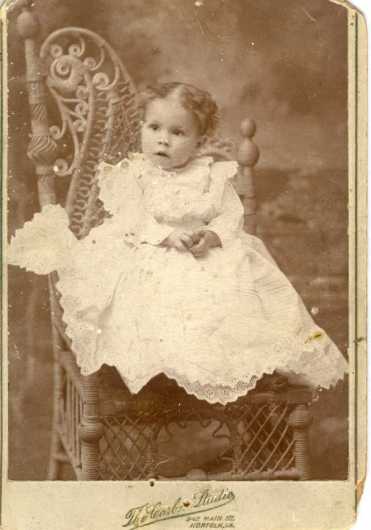 In the 1830 Federal Census for Norfolk County, William Bass, Andrew Bass, Jemima Bass, and William Trummell were enumerated in a cluster as “Free Colored Persons.” William had a household of 6 (1 male 24-35, 1 female 24-35, 2 males under 10, and 2 females under 10). “Lucy,” his wife, and her mother Jemima received court certification of Indian ancestry on July 20, 1833 along with several other family members.

It is unclear where William and Lucinda lived at the end of their lives but their children, William, Thomas, Harriett, and possibly one other, moved before the 1850s. Analysis of census records, deeds, and intermarriages reveals that the Trummells migrated to the same small community as the Basses, Halls, and Nickens (other free families of mixed ancestry) in South Mills, Camden County, North Carolina.

The 1850 Federal Census in Camden County, NC lists several members of the Trummell family. Thomas (25) and his sister Harriett (18) were noted as being born in Virginia. Meanwhile, Thomas’ wife, Sally (20), and his brother William’s wife, Dorcas (40), were noted as being born in Camden. This suggests that they moved to the area and then married within the community. The Trummells and several children within the household by the surname of “Brothers” were all described as “mulatto.”

William Trummell, the oldest sibling, was never documented in Camden County. He may have had an occupation that involved frequent travel (his son Isaiah was noted as a sailor and it is possible that was he was one as well) but he continued to have children with his wife Dorcas, who was noted as a nurse, through 1862. William and Dorcas’ children went on to become part of the white community and their grandchildren were never recorded as “Indian.”

Thomas Trummell, the middle sibling, was documented a number of times in Camden County. He appeared to have been a farmer and struggled with a relatively large amount of debt (he owed John Hinton $1360 which he partially repaid with 40 acres of “high land” and 20 acres of “swamp land,” Deed Book HH, Page 40). Thomas and Sarah/Sallie’s children went on to become almost equally divided between the white and black communities but their grandchildren were also never recorded as “Indian.”

Harriett Trummell, the youngest sibling, never married and remained in South Mills through the duration of her life—spending many of her early years living with her sister-in-law Dorcas. Caroline (b. 1858), Harriett’s daughter, had a son named Thomas but also appears to have never married. She and her son lived with her mother until 1920.

At Caroline’s death her family listed “Harriett Powers” as her mother and “William Trummell” as her father. It is unclear if there was any additional meaning to her choice of the name “Powers” as there was a Daniel Powers (waterman) in Dorcas Trummell’s household with Harriett in 1860. It is possible that Caroline was the child of Harriett and Daniel. Caroline became part of the white community and was also never recorded as “Indian.”

In 1885, Emma Trummell—a daughter of Thomas and Sally Trummell—married my third great grandfather, John Bass. Emma, a descendant of Willis Bass, was a distant cousin of John, a descendant of William Bass, and they were both raised in similar diverse communities. However, Emma came from a family line that remained in Virginia just long enough to gain legal recognition of their Indian ancestry while John came from a family line that migrated into North Carolina before these distinctions were put into place.

Despite their descriptions in the Camden County, NC federal census (“Indian” for Emma and “mulatto” for John), both individuals were noted as “black” on their Portsmouth, VA marriage license. Was this because they self-identified as “black” or because they were perceived and labeled as black?

The life trajectories of these Trummell descendants prove the incredible flexibility of racial and ethnic identity around the Great Dismal Swamp. Individuals could be recorded under a different race during each census, when marrying, and when crossing state lines. Ethnicity was, and still is, a dynamic product of external and internal forces.

In genealogy, each detail in a record is an important component of an individual’s identity. Many new genealogists are confounded by these types of inconsistencies in records because it creates the illusion of two separate people when it is actually one person being documented differently. The Trummells, and many of the other mixed ancestry families in the area, demonstrate that race (as recorded) is not a strong reflection of anyone’s identity.

My first exposure to the concept of ethnogenesis was through Helen Rountree’s paper on the Nansemond Indian Tribal Association (NITA) submitted to the American Anthropological Association in November 1987. She described a group of people who were, for the most part, disconnected from their Indian ancestry and the effort required to reconstruct their community. This process included everything from establishing Nansemond traditions to retroactively changing birth certificates of new NITA members (from “White” to “Indian”).

This process, which happened in the early 1980s, was a surprise to me and it immediately became clear that the full reconstruction was not over. Today, through increased access to genealogical resources and genetic testing, the momentum is building around a new type of ethnogenesis. Individuals are no longer dependent on the government to certify their ethnic identities so the question becomes, “Who is the authority now?”

The answer is that we each have the authority to shine light on our family histories and ethnic identities. Here are three important points to keep in mind in genealogical research:

If you believe you may descend from indigenous and/or mixed ancestry people of the Great Dismal Swamp, please join me in my effort to document their history and empower future generations to establish their own ethnic identities through a greater of understanding of history.

That the Blood Stay Pure: African Americans, Native Americans, and the Predicament of Race and Identity in Virginia

3 thoughts on “Ethnogenesis in the Great Dismal: The Trummell Family”